Storming Caesars Palace chronicles the life of Ruby Duncan, an activist who fights the welfare system and ends up a White House advisor. It all begins when she loses her job due to a workplace accident and goes on welfare, where she discovers firsthand the stigma and harassment by an overzealous welfare department.

With Mary Wesley and Alversa Beals, Ruby joins a welfare rights group to fight for an adequate income, dignity, and justice. They, along with low-income mothers across the country, form the National Welfare Rights Organization with the support of George Wiley and Frances Fox Piven. Together they introduce a guaranteed adequate income campaign which, with feminist Gloria Steinem at their side, becomes part of the Democratic platform in 1972.

When the Las Vegas mothers are slashed from the welfare rolls, they launch “Operation Nevada,” and lead an army 1,500 strong—including Ralph Abernathy and Jane Fonda—down the Strip into Caesars Palace, shutting it down. Later, Ruby forms Operation Life, one of the first women-led community corporations in the nation bringing medical services and meaningful jobs to her Westside neighborhood. From a boisterous protestor to a strategic organizer, Ruby wants lasting change, and President Carter appointed her to his Council on Economic Opportunity.

Based on a groundbreaking book, Storming Caesars Palacespotlights an unsung leader and movement whose stand for America’s principles of justice, inclusion, and opportunity for all challenged notions of the “welfare queen” and continues to shape the calls for economic justice that ring today. TRT 60 minutes. Peak Media Group Founder, Sherry Peak will facilitate a short discussion after the screening. Guest speaker TBA.

01/19 – Indie Lens Pop-Up Screening of “LOVE IN THE TIME OF FENTANYL”
Join us on Thursday, January 19th at noon for a free in-person screening of Love in the Time of Fentanyl by Colin Askey, Monika Navarro, Marc Serpa Francoeur, and Robinder Uppal.
As the number of overdose deaths in Vancouver, Canada reaches an all-time high, the Overdose Prevention Society (OPS) opens its doors—a renegade safe injection site that primarily employs current or former drug users. Its staff and volunteers save lives and give hope to a marginalized community as the overdose crisis rages throughout Vancouver’s Downtown Eastside.
The film follows Sarah, an activist who opened OPS without government approval, as she strives to raise awareness about the crisis; Trey, a graffiti artist and former heroin user who spends his days reversing overdoses and memorializing lost community members; Ronnie, a seasoned frontline worker nicknamed “Narcan Jesus,” struggling with burnout from the demanding work and witnessing so much loss; Norma, a much-loved Indigenous elder in the community, who cooks meals for the staff when she’s not administering naloxone; and Dana, an active fentanyl user who constantly saves lives at work while struggling with his own drug use. With loved ones dying in unprecedented numbers, the staff at OPS does whatever it takes to keep the doors open and find radical new ways out of the devastating but widely ignored crisis ravaging their community.
Love in the Time of Fentanyl is an intimate, observational look beyond the stigma of injection drug users, revealing the courage of those facing tragedy in a neighborhood often referred to as ground zero of the overdose crisis. TRT 61 minutes. Peak Media Group Founder, Sherry Peak will facilitate a short discussion with Jason Howard, Executive Director of Turning Point Madison County after the screening.
Indie Lens Pop-Up is a free community film series that brings people together for in-person and virtual screenings and community-driven conversations. Look here for more details. Love in the Time of Fentanyl premieres on #IndependentLens Monday, February 13, 2023. Watch on PBS and the PBS Video app starting at 10/9c. Check your local listings here. Presented with support from: #ITVS #FentanylFilmPBS #IndieLensPopUp #Sweet16Neighborhood #PeakMediaGroup #CharitableFilmNetwork

11/01 – Anderson Impact Center 10th Anniversary Celebration!
The Anderson Impact Center is celebrating 10 years of community service! Please join us on Tuesday, November 1, 2022 for an open house between 4:00 and 6:00pm, and an informal community dinner with guest speakers at 6:00pm. Dinner tickets are $25. All proceeds benefit AIC outreach programs. Contributions are tax deductible to the fullest extent allowable by law. Please contact theandersonimpactcenter@gmail.com for more details about ticket sales and sponsorship opportunities. We hope to see you in November!

10/20 – Indie Lens Pop-Up Screening of “MOVE ME”
Join us on Thursday, October 20th at 6:00pm for a free virtual screening of MOVE ME by Kelsey Peterson, Eli Olson, and Daniel Klein.

Beneath the waters of Lake Superior, off the shore of Wisconsin, Kelsey Peterson underwent a transformation. On the eve of Independence Day 2012, she dove in and hit the lake bottom headfirst, suffering a life-altering spinal cord injury that takes away both function and sensation from the chest down, essentially robbing Kelsey of her self-identities as an athlete and dancer. Alongside peers and allies in the spinal cord injury community, she seeks to answer the question “Who am I now?” As she grapples with the ebb and flow of hope and acceptance, Kelsey talks to researchers and meets with people who belong to this community and who help give her the strength and the will to return to dance. When a cutting-edge clinical trial surfaces, it tests her expectations and her faith in the possibility of a cure, forcing her to evaluate the limits of her recovery—in body and spirit.

2nd Annual Juneteenth Fish Fry Fundraiser!
Celebrate Juneteenth Weekend with a Dan’s Fish Fry Fundraiser to benefit the Anderson Impact Center – Saturday, June 18th from 4:30pm to 7:30pm at 630 Nichol Avenue, Anderson, IN 46016. The fish fry will include vendors and outreach booths! Tickets are $10 on the day of the event. Purchase $9 “Early Bird” Discount Tickets HERE.  For information about volunteering, sponsorship or vending opportunities, please contact theandersonimpactcenter@gmail.com. The AIC is also hosting a free Gospel Concert on Sunday, June 19th from 3:00pm to 5:00pm. See flyer below for more details. 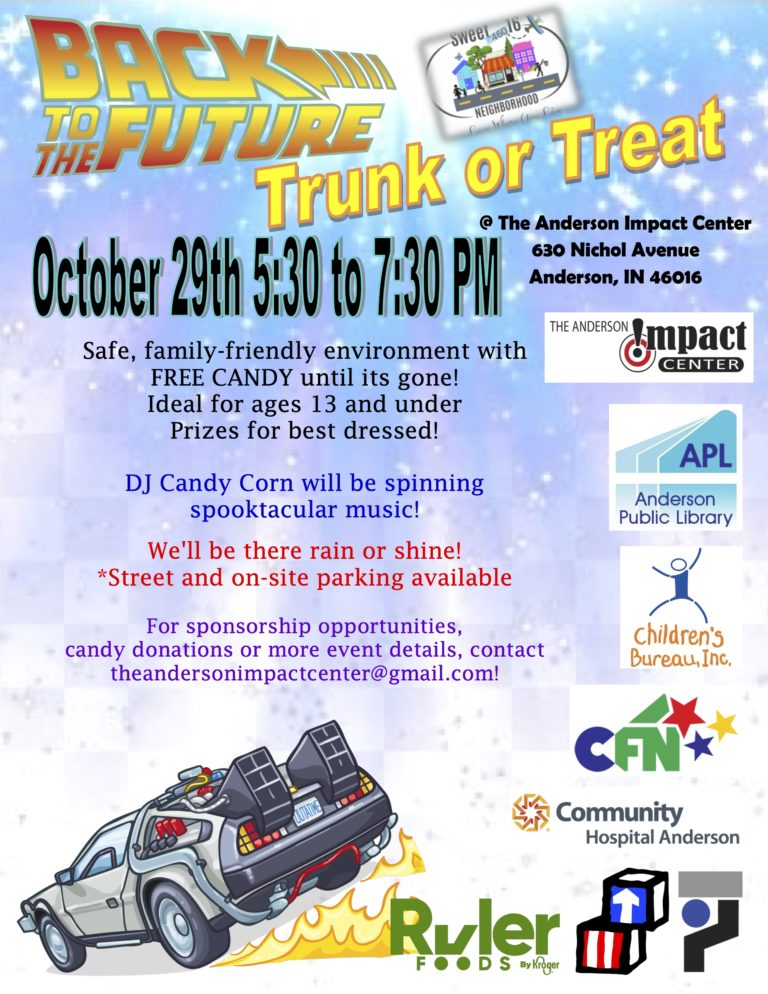 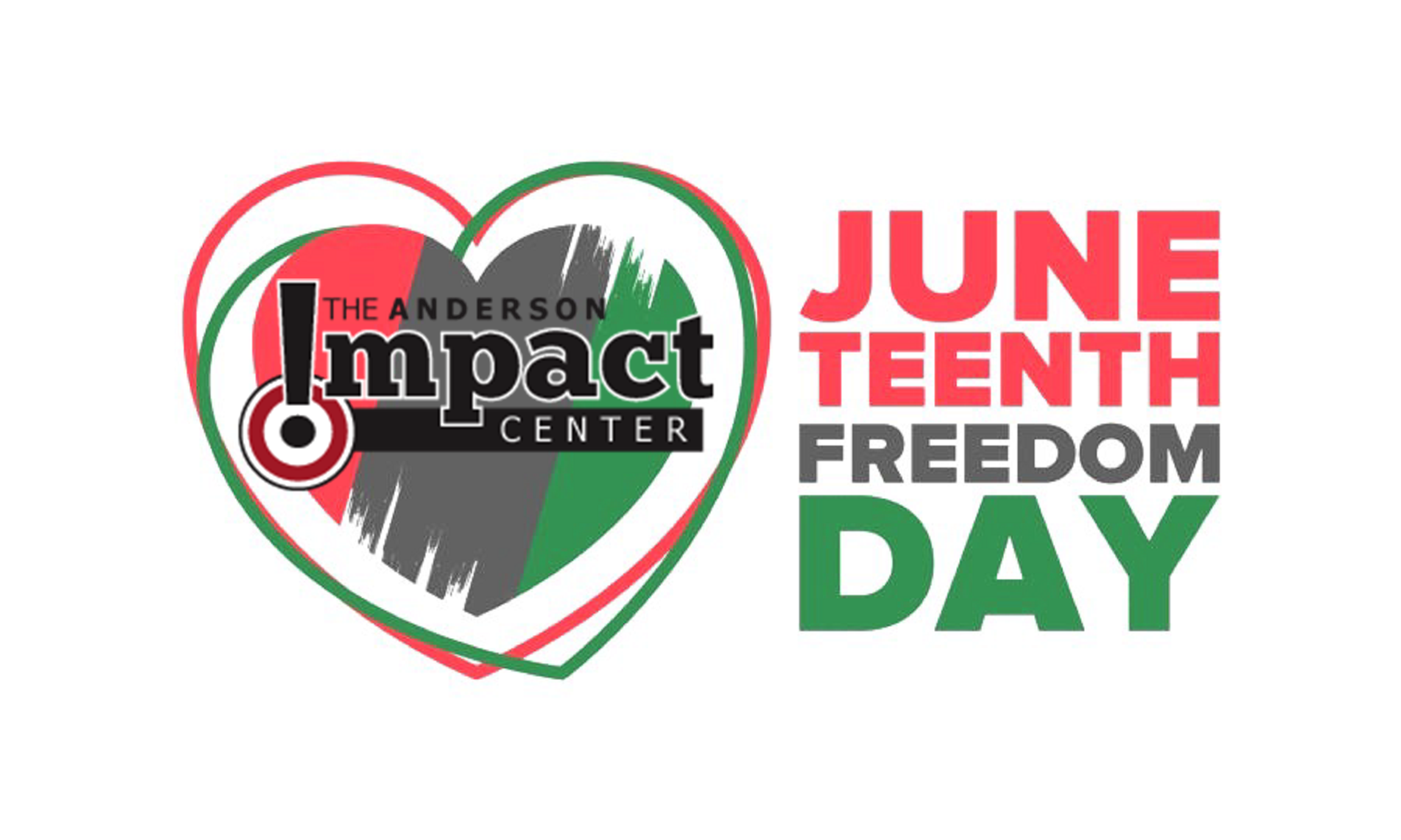 special thank you to our event sponsors! 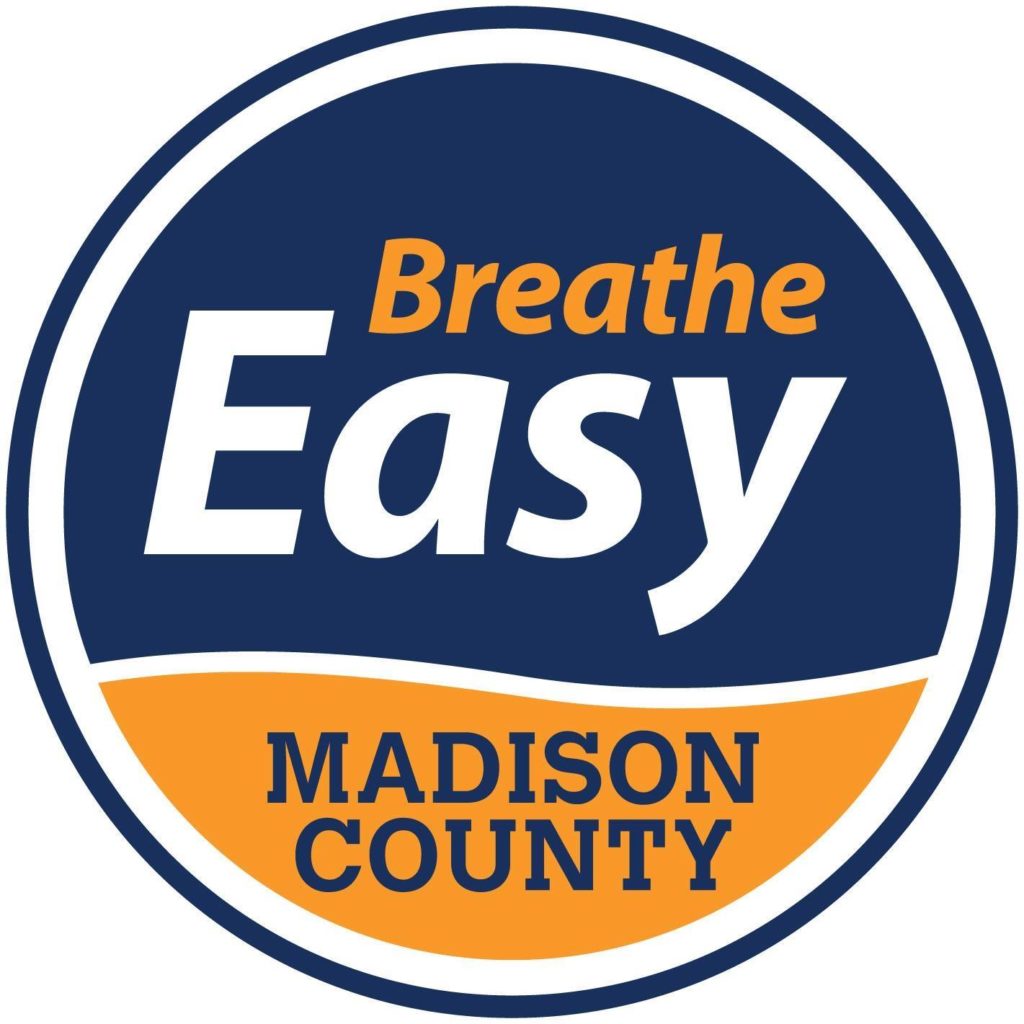 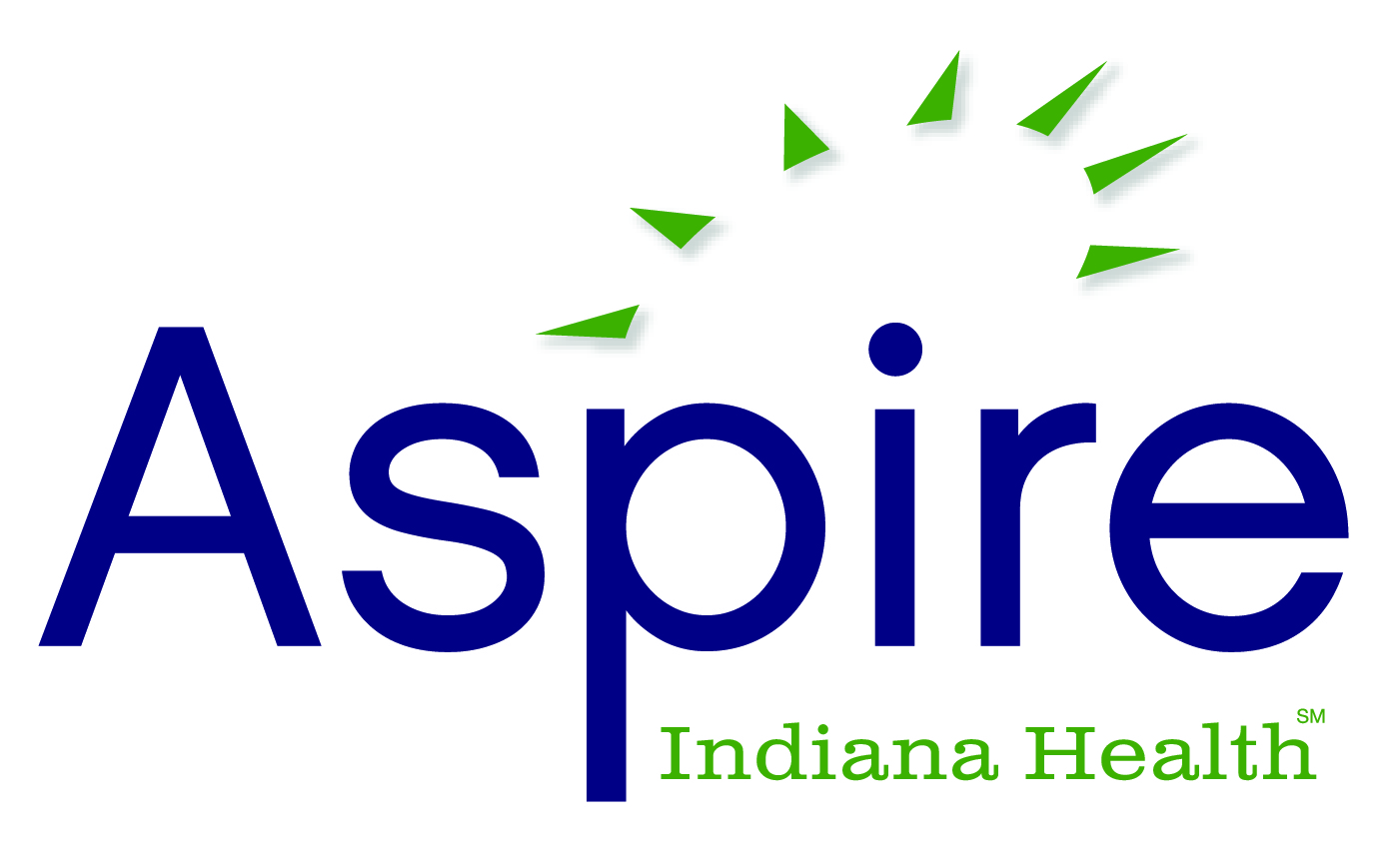 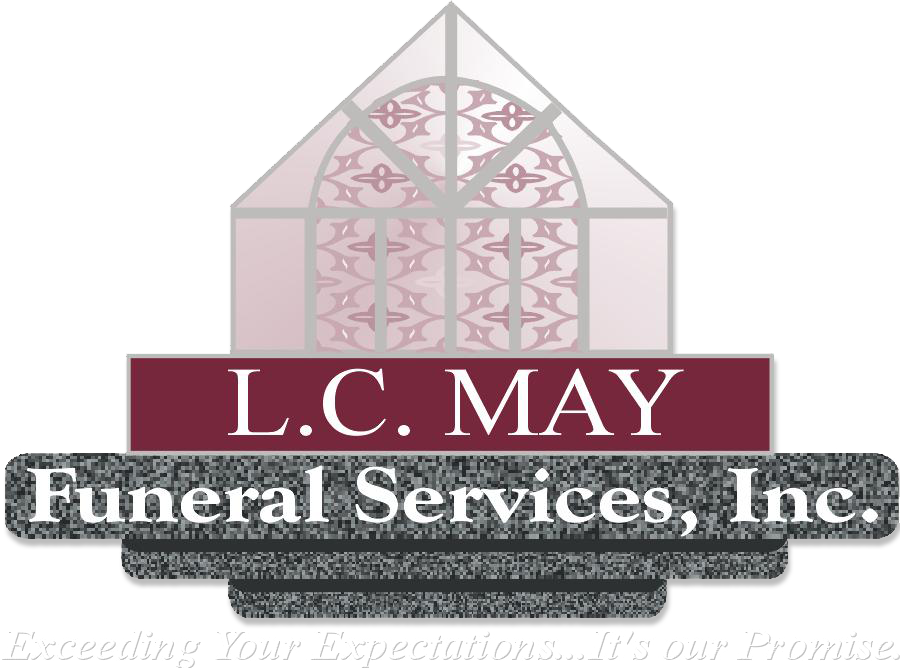 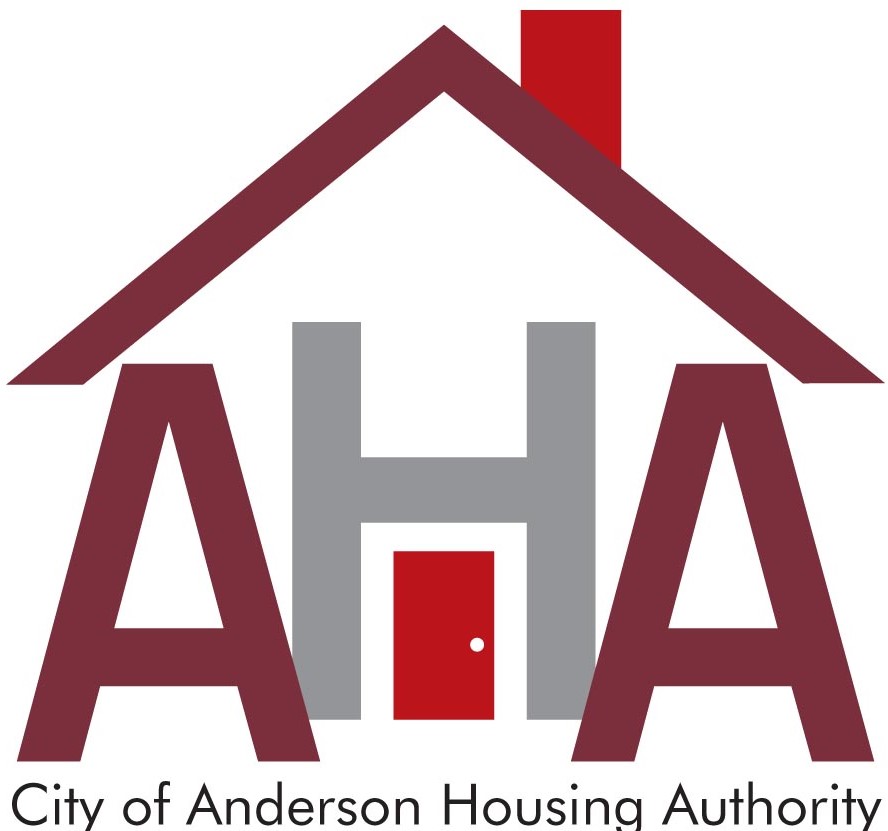 IN-KIND DONATIONS FOR THE EVENT: 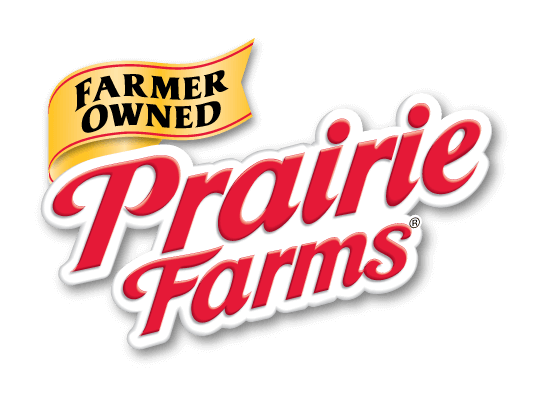 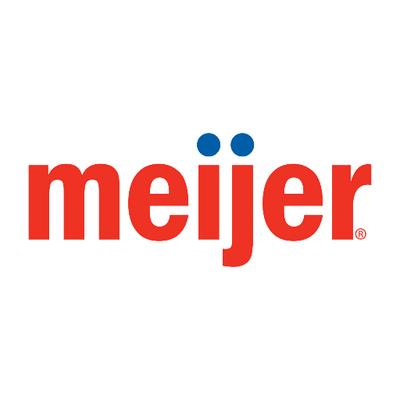 Donations to the AIC are tax deductible to the fullest extent allowed by law.

Are you looking for individual or group volunteer opportunities? Sign up today!